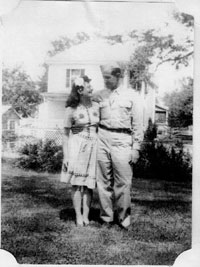 Everett Scott Worster, Sr. moved him and his family to Winterport in 1944 after being stationed in Hartford, CT during WWII. The family lived on White's Corner Road which is now called the Monroe Road. Their house was known as the York House and was considered 1/2 way between Bangor and Belfast. Therefore, it was also known as the Half Way House...sent in from Jeannie Wilson, daughter of Everett Scott Worster, Sr. 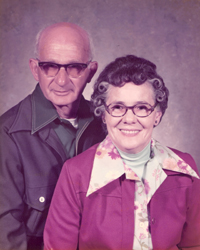 Gaspar and Geneva Hathaway Ronco were longtime residents of Winterport.  They owned a farm on the Coles Corner Road where they raised their 6 children.  They enjoyed square dancing and especially each other.

Arthur O. and Margaret R. Nelson moved to Winterport in 1944. Arthur was manager of the A&P Store located in the Odd Fellows Building on Main Street. They bought their home on lower Main Street in 1953.

Arthur was a member of Howard Masonic Ledge for 50+ years. They were both members of Cushing Chapter, Order of Eastern Star of Winterport for over 50 years. Arthur and Margaret attended Winterport Baptist Church and Winterport Senior Citizens. Arthur served on many town committees. Together they raised 2 daughters, 7 grandchildren, 10 great-grandchildren, and 1 great-great grandson.... sent in from from their daughter Carolyn West of Winterport. Pole #153